Bangkok, if you’ve traveled around SEA you’ll eventually end up in Bangkok, and probably more than once! It’s unmissable. All paths lead to Rome, but in SEA, they all lead to BANGKOK! So what should you do in Bangkok? Is it actually good? Or is it the shit-hole that many claim it to be??

Let’s begin by saying Bangkok is A-MAZ-ING! One of the coolest cities in SEA, with much more personality than business centred Kuala Lumpur, much rawer than the fancy Singapur and much more modern than Phnom Penh and Hanoi COMBINED!!

However many may get disoriented in Bangkok. If you just visit Kao San Road, well, there goes your narrow visit of the city!! If by contrary you stay near Silom, well then you’re just posher than those in Kao San Road, but it’s exactly the same!

Yes there are many cool sites to see in the city! But there is more to the city than The Royal Palace and the Reclining Budha.

Kind of like Central Park but in Bangkok! There is a nice view of  it’s surrounding buildings as well as nice places to rest and read a book , go for a run (Lumbini can turn into a local gym), have a bite, you name it.

Definitely one of the nicest views you’ll get of the city.

One of the finest Mall’s you’ll find, top notch boutique’s, fine dining and movie theatres (remember to stand up for the King’s National Anthem)! You’ll definitely feel as if in the future (who said it was a third world country?)

For a good shopping spree, you’ll never find anything just like it.

I was recommended this floating market by a guy at the desk in my hostel. Some friends of mine didn’t want to come along as they were not into floating markets and it sounded very touristy. Never more wrong. I was one of the few foreigners in that market (counted a handful of Europeans). Had some amazing seafood by the river and went to see some fireflies before leaving. A great trip. It’s far awar but definitely worth to avoid the tourists (you can even spend a night there). 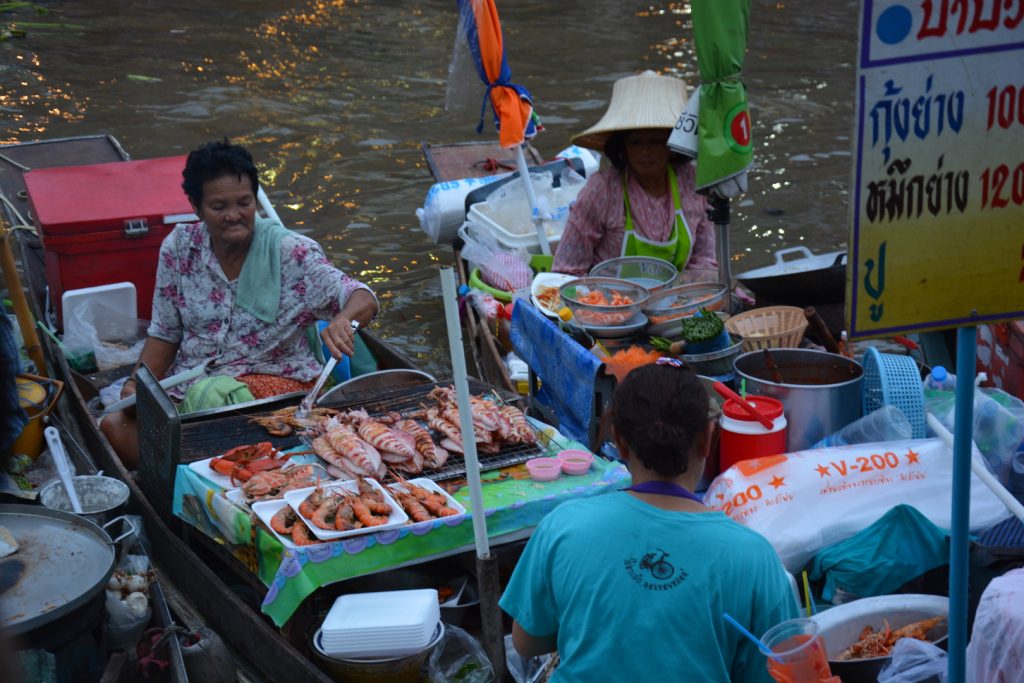 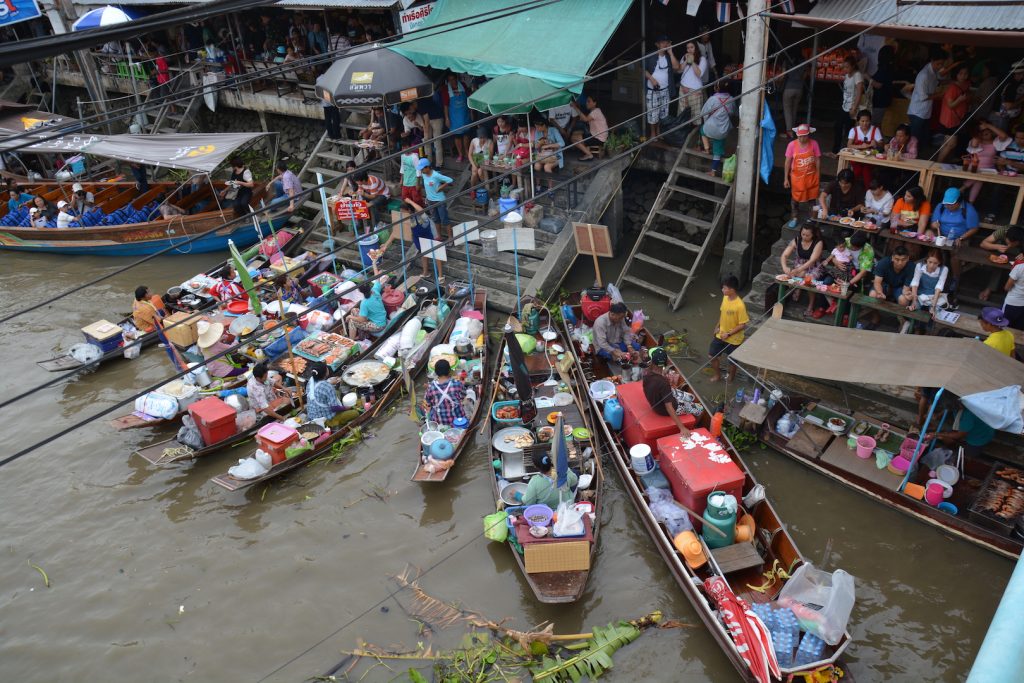 One of the best things in Thailand is it’s street food, and in Bangkok it’s where you’ll find it at it’s finest. Just take a seat and have amazing soups, Pad Thai, you name it. Mmmmmmmm tasty! And it will cost you close to nothing!

On the street! Sit on a chair and spend less than you’d spend back home for a beer having your feet or your neck massaged! 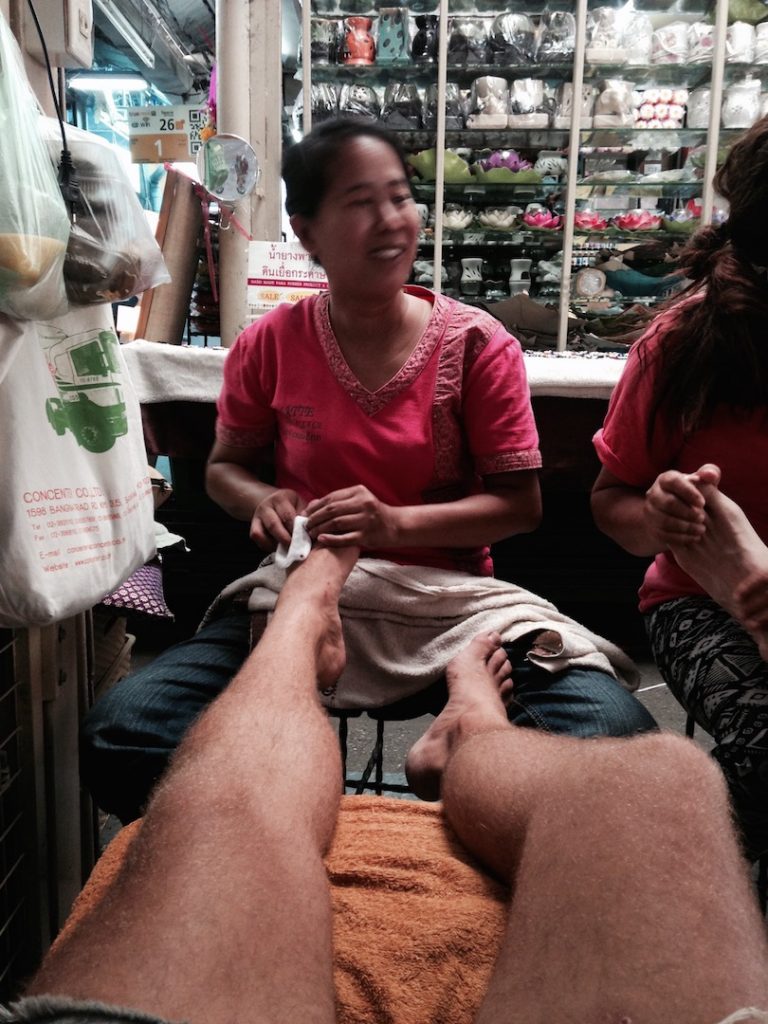